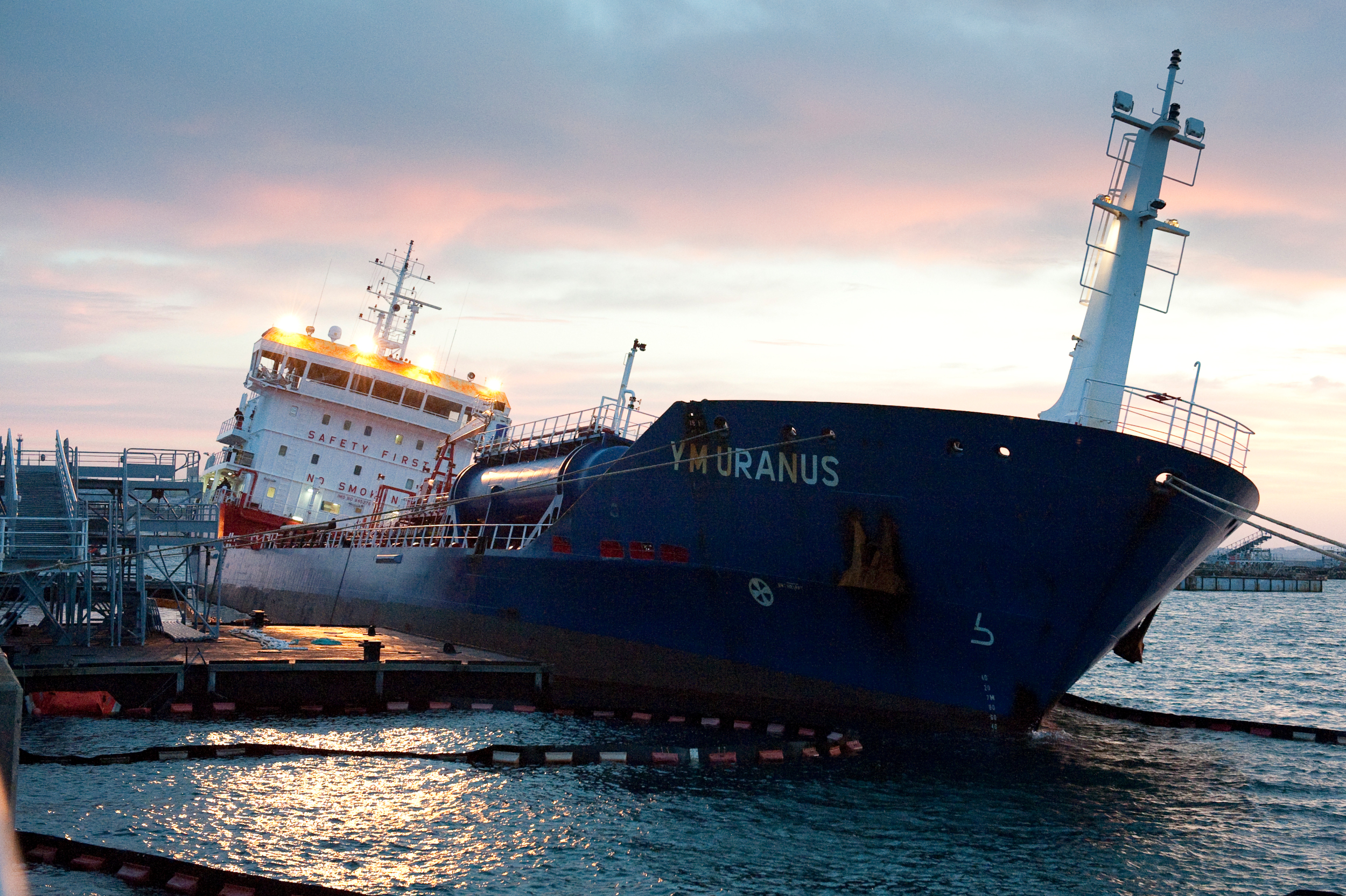 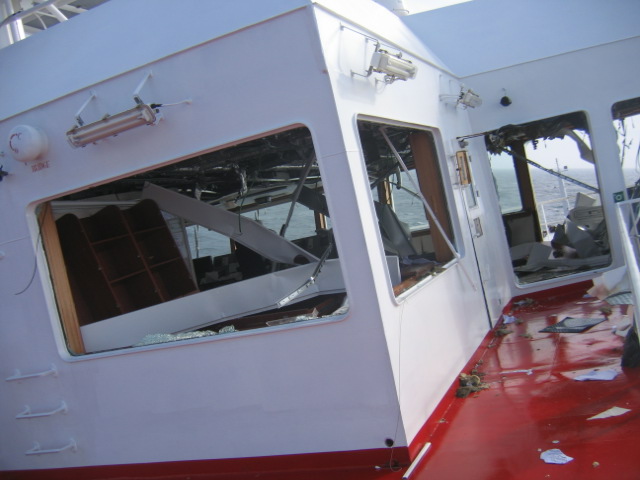 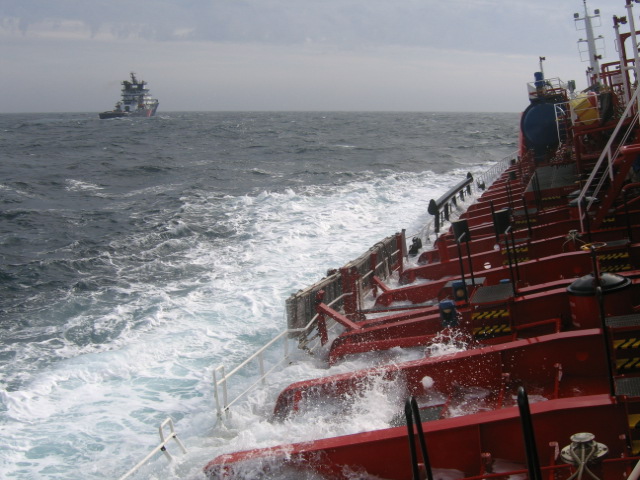 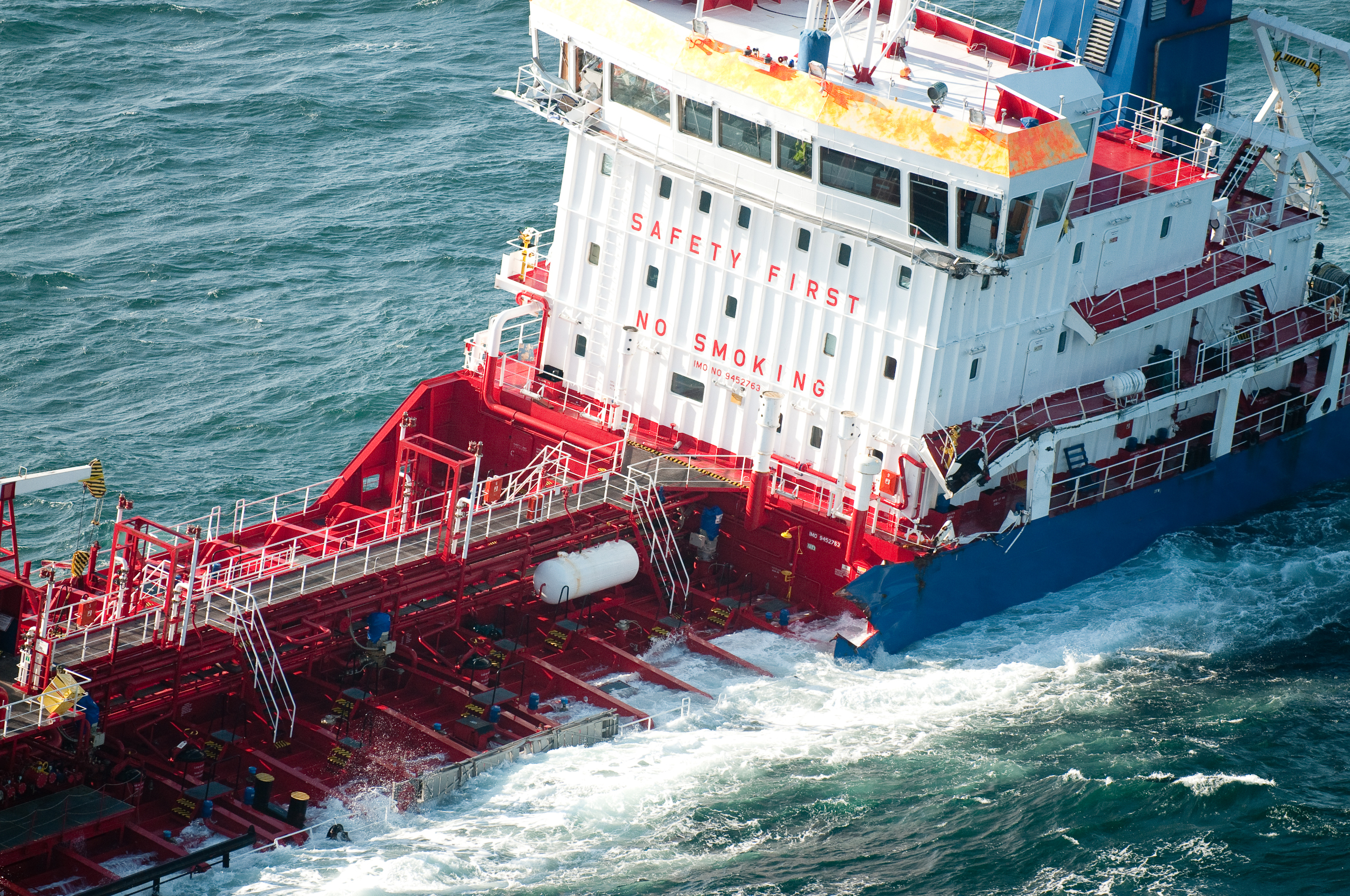 On the morning of Friday 8 October 2010, while at anchor in Camaret, the ABEILLE BOURBON received the order to set sail immediately to assist a 120-metre Maltese chemical tanker. The information arrived in dribs and drabs and was rather worrying, it presaged a large-scale, risky operation. The YM URANUS loaded with 6500 tonnes of Pygas, a highly flammable and toxic product, collided with a 300-metre loaded Chinese bulk carrier. The crew of the YM URANUS abandoned the vessel and were evacuated by helicopter. We later learnt that the crew was awakened at 5am with their vessel lying more than 90 degrees down due to the impact, before righting itself with all engines stopped and that, aware of the danger presented by their cargo, they preferred to evacuate as quickly as possible.

On arrival on the spot, an intervention and evaluation team was hoisted on board to analyse the situation and pass as quickly as possible a tow with the ABEILLE BOURBON, as a rapid weather deterioration was expected, requiring the drifting hull to be sheltered quickly. The analysis carried out on board ensures the integrity of the float whose stability does not seem to be threatened, which authorises a tow to Brest.

The YM URANUS was taken safely to the military port of Brest where it was taken in charge by the Abeilles salvage team. First secured, she was then righted and unloaded into another chartered chemical tanker. This delicate operation was carried out within a safe radius of 500 metres with a level 3 chemical risk. One week after her arrival in Brest, the YM URANUS was finally taken to the dry dock of Brest’s commercial port to be refurbished.