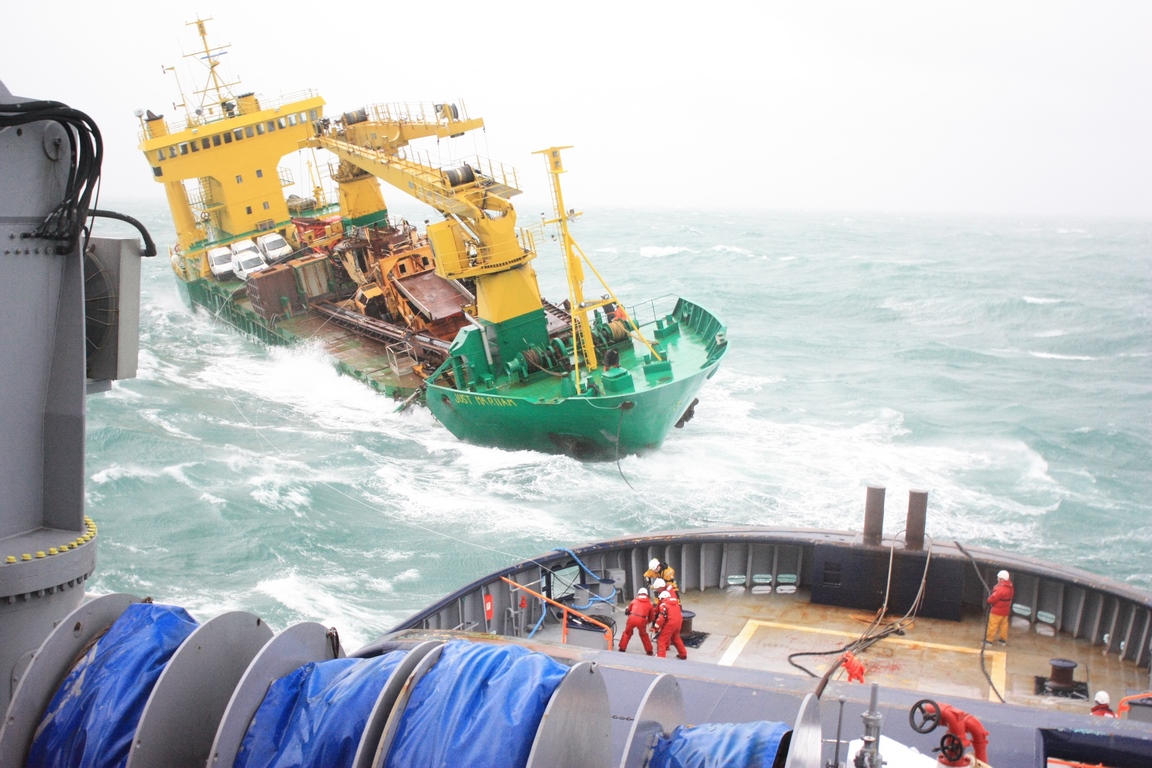 Assistance to the Just Mariiam

During the night of 10 to 11 February 2014 at around midnight, the Etel Cross was alerted that the cargo ship Just Mariiam was in total electrical damage and adrift, 19 nautical miles southwest of Belle-Ile-en-mer.

The 71-metre long cargo ship, flying the Moldavian flag, with eight crew members on board, was heading for Lebanon. Given the very bad weather conditions and the transit time, the Abeille Bourbon, which was on standby at the Stiff’s locker in Ouesssant, set sail as quickly as possible to assist the cargo.

The Abeille arrived in the area on 11 February at 9am. The towing manoeuvres were long and difficult due to the very bad weather conditions. After several attempts, when the drifting cargo ship was only 2 miles from Belle-île, the convoy was finally able to make route to Lorient where the ship was taken to safety.

Thanks to the speed at which it was projected onto the zone and its exceptional manoeuvring capabilities, the Abeille Bourbon and its crew were able to avoid the Just Mariiam sinking on the coast of Belle-île.