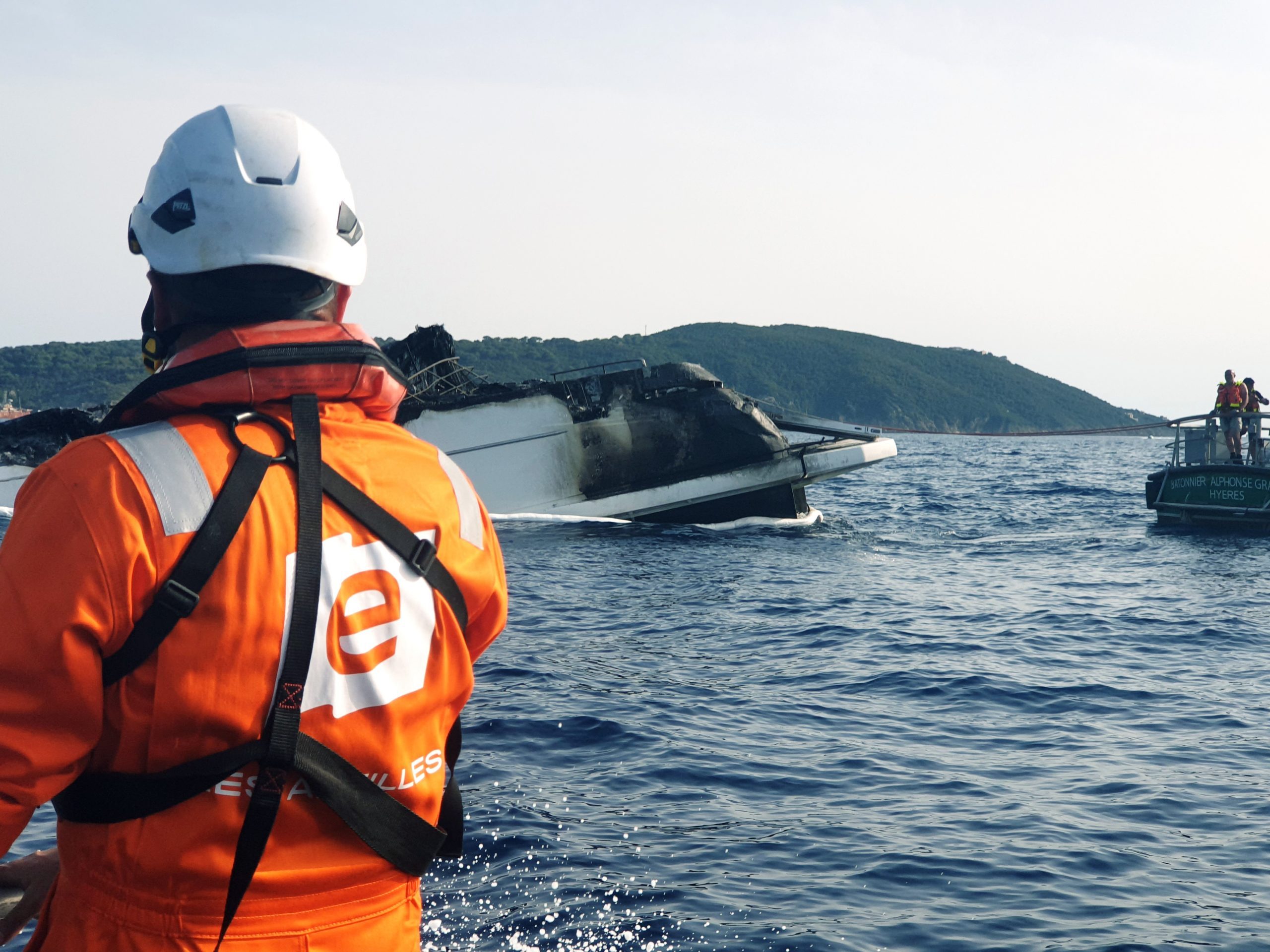 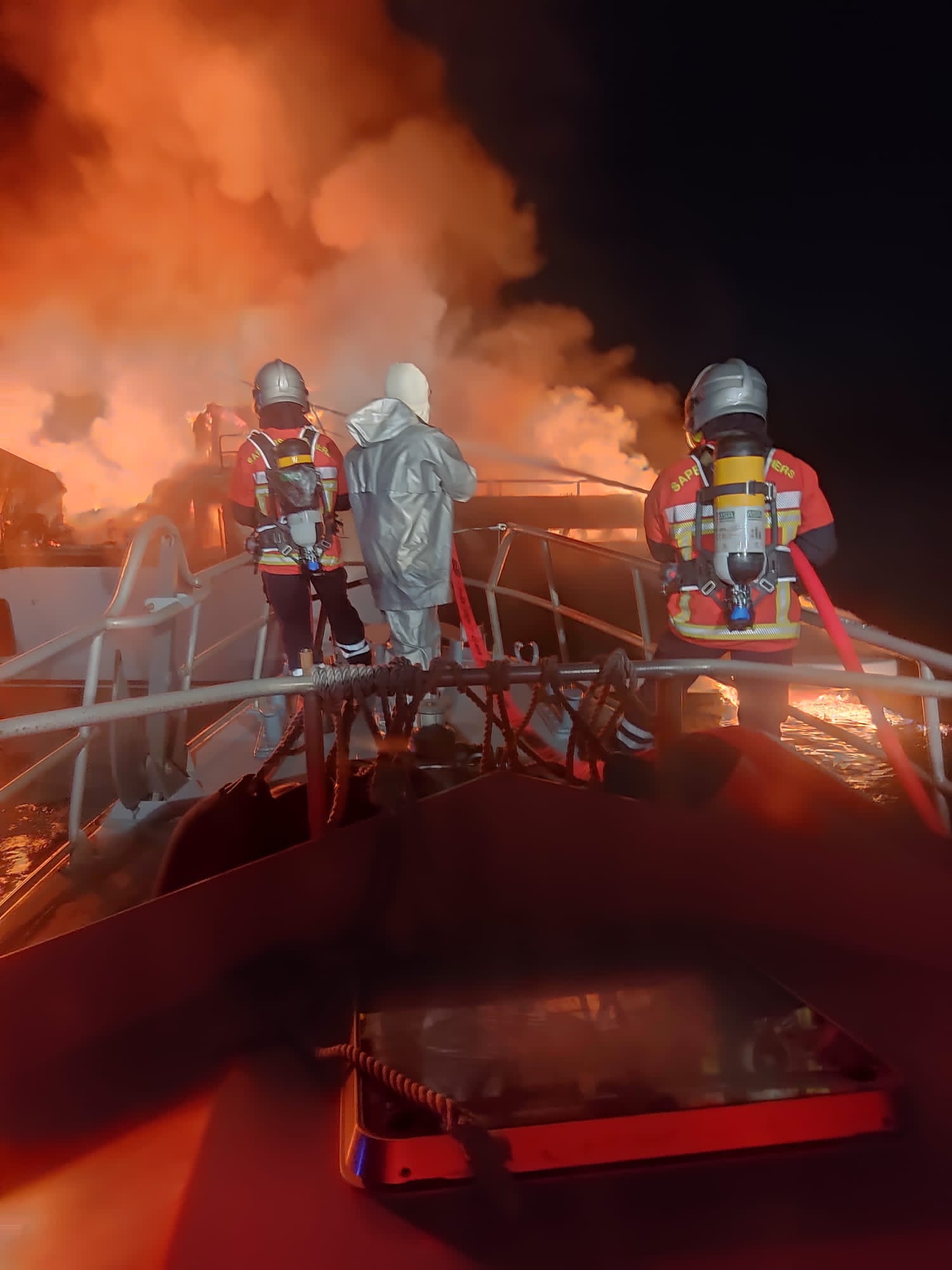 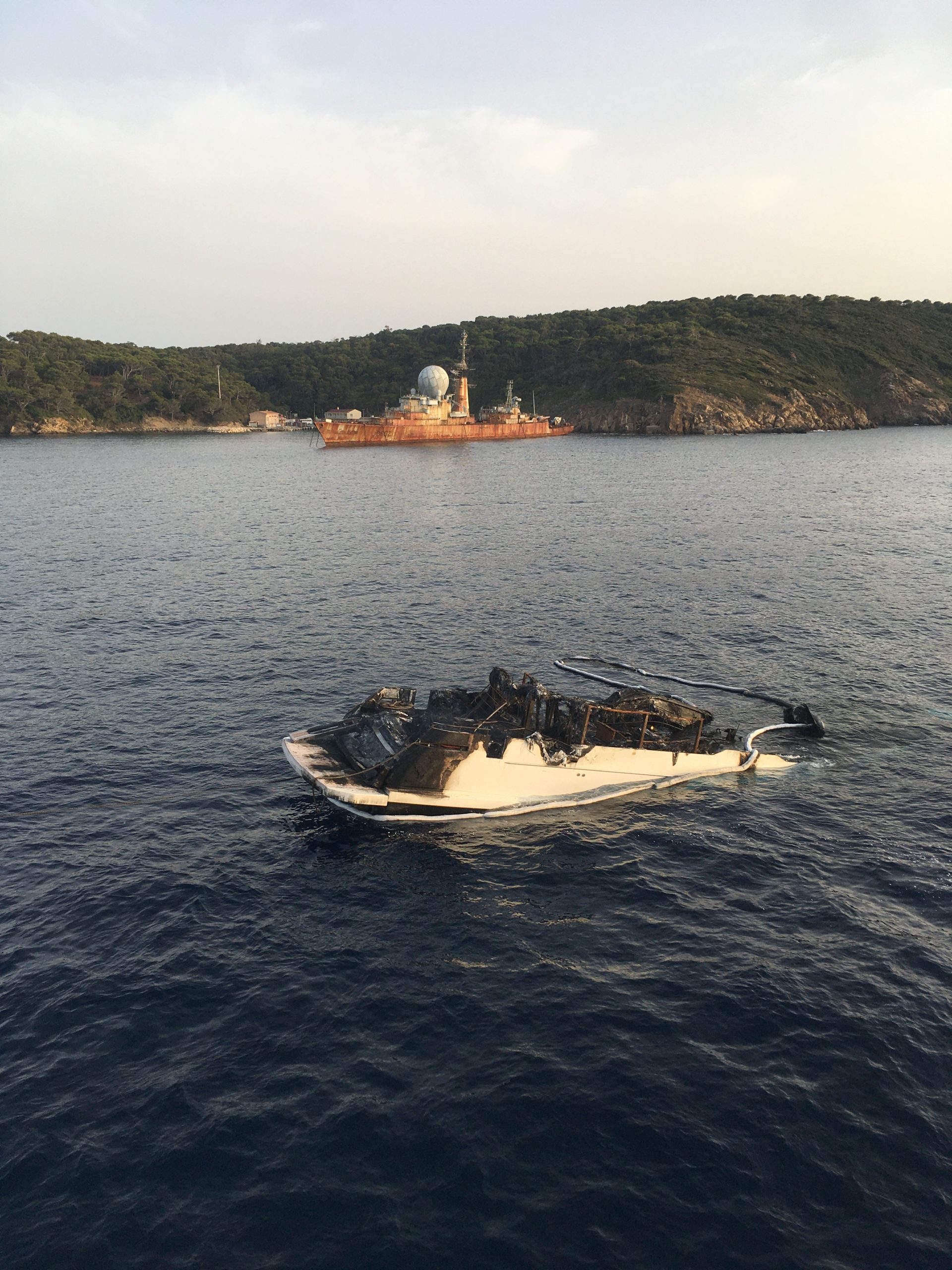 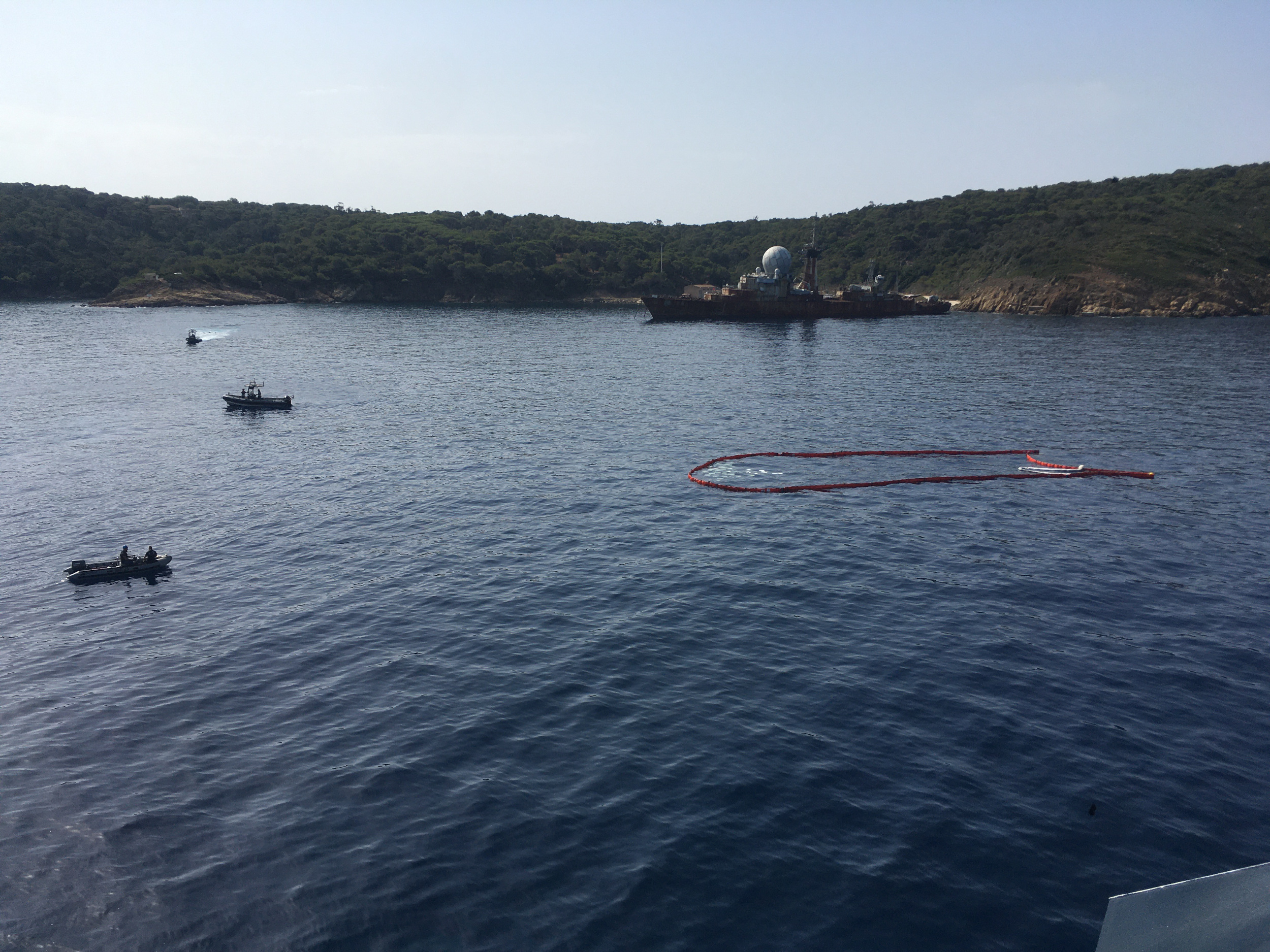 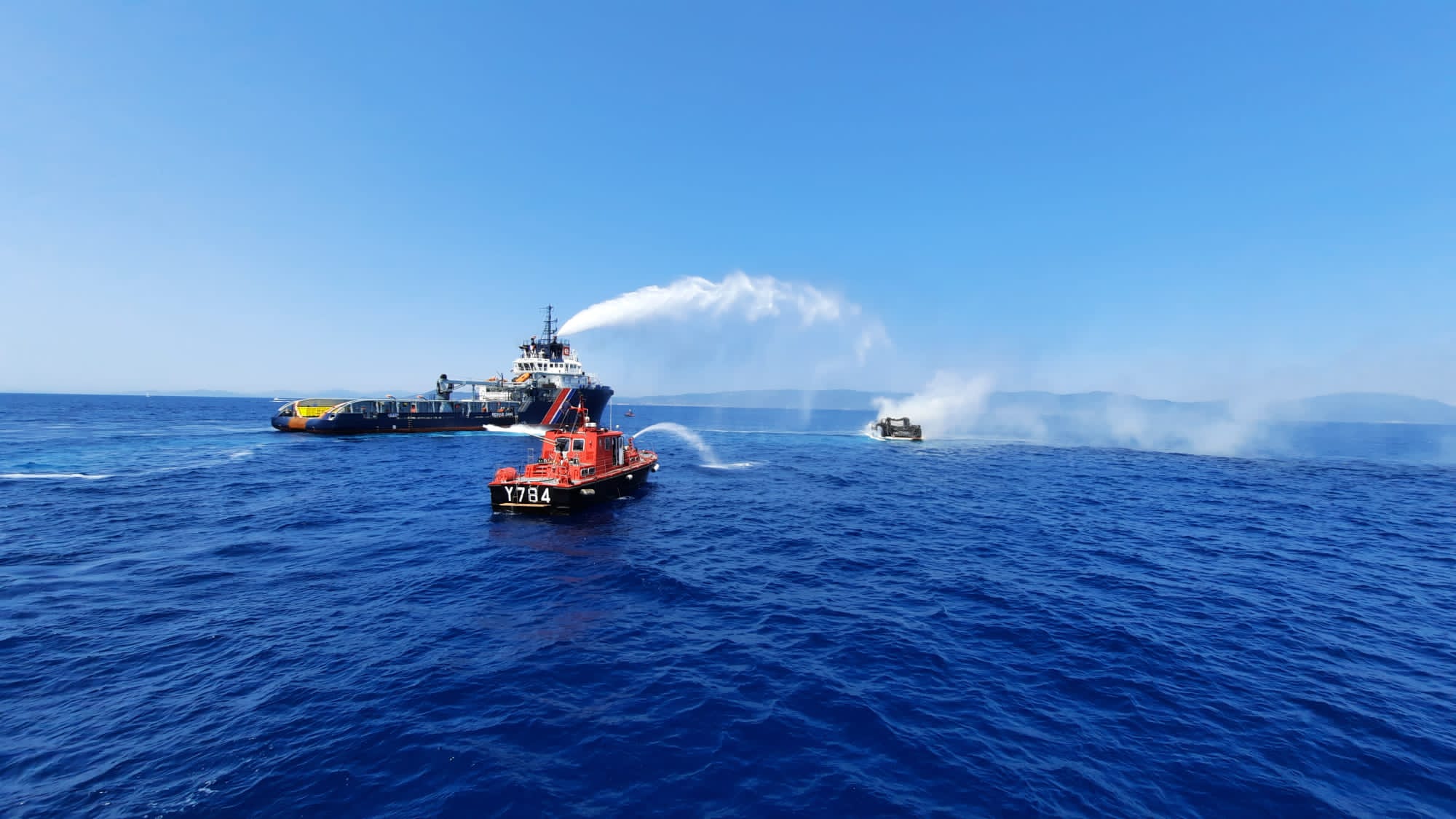 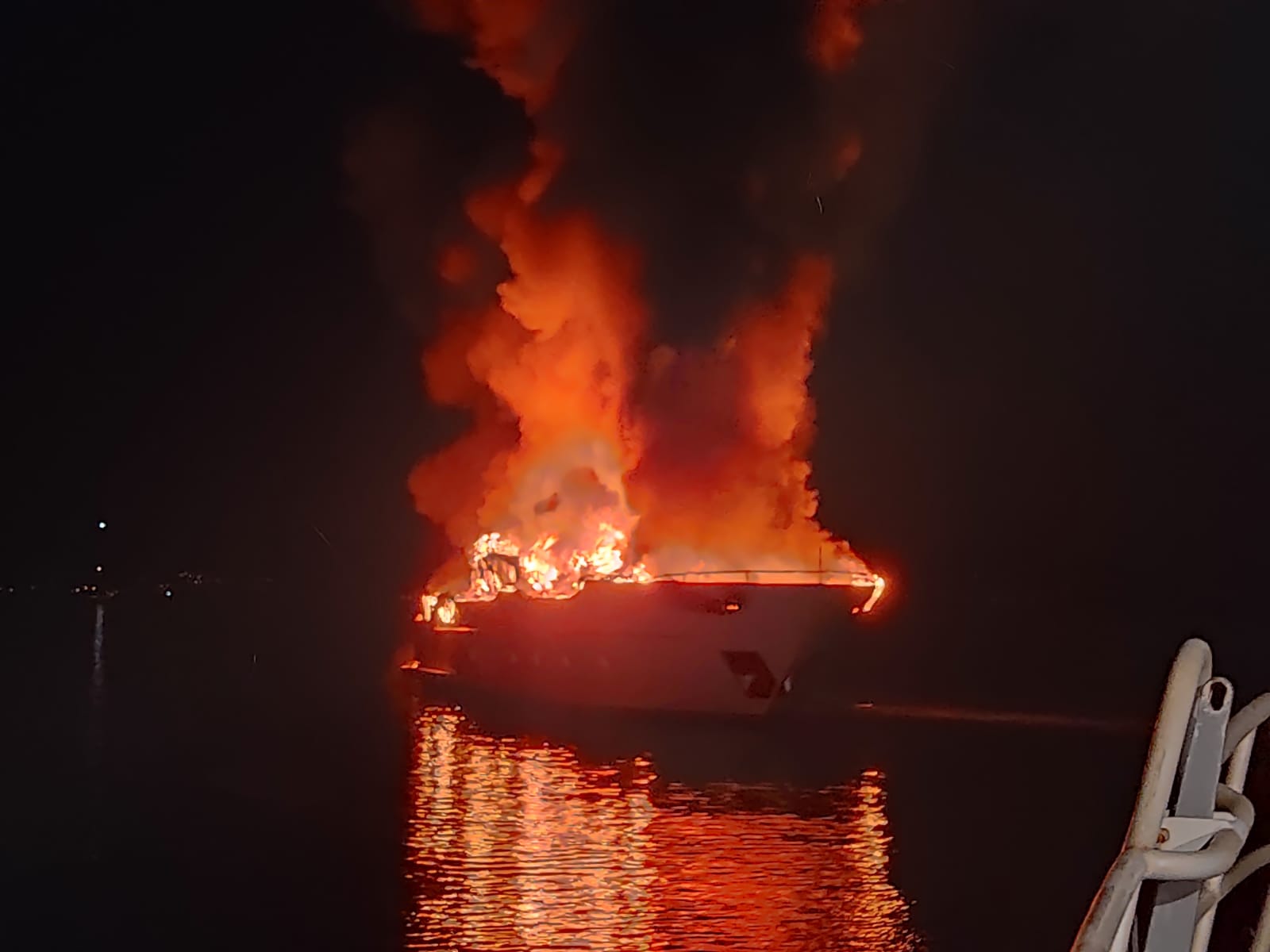 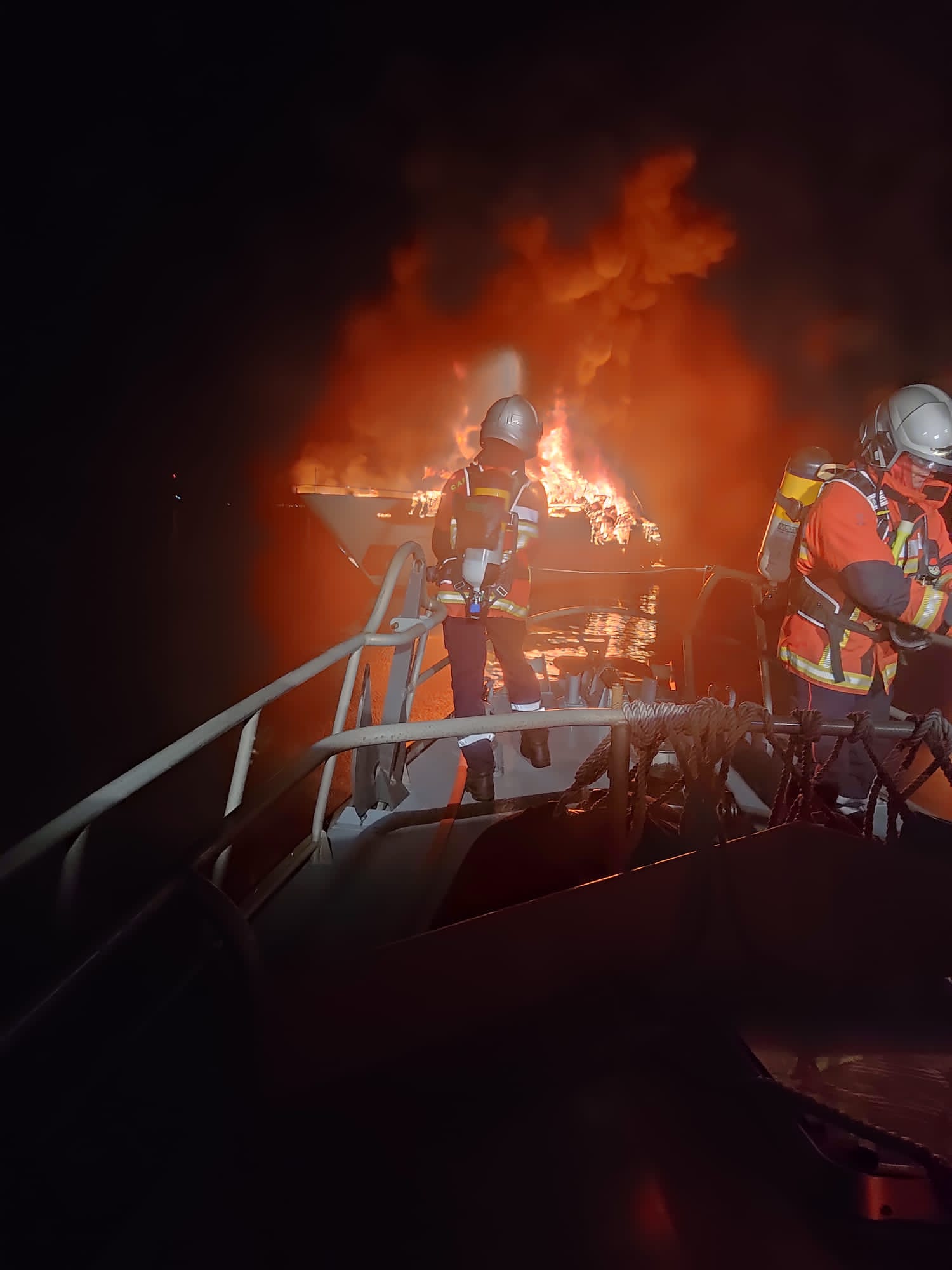 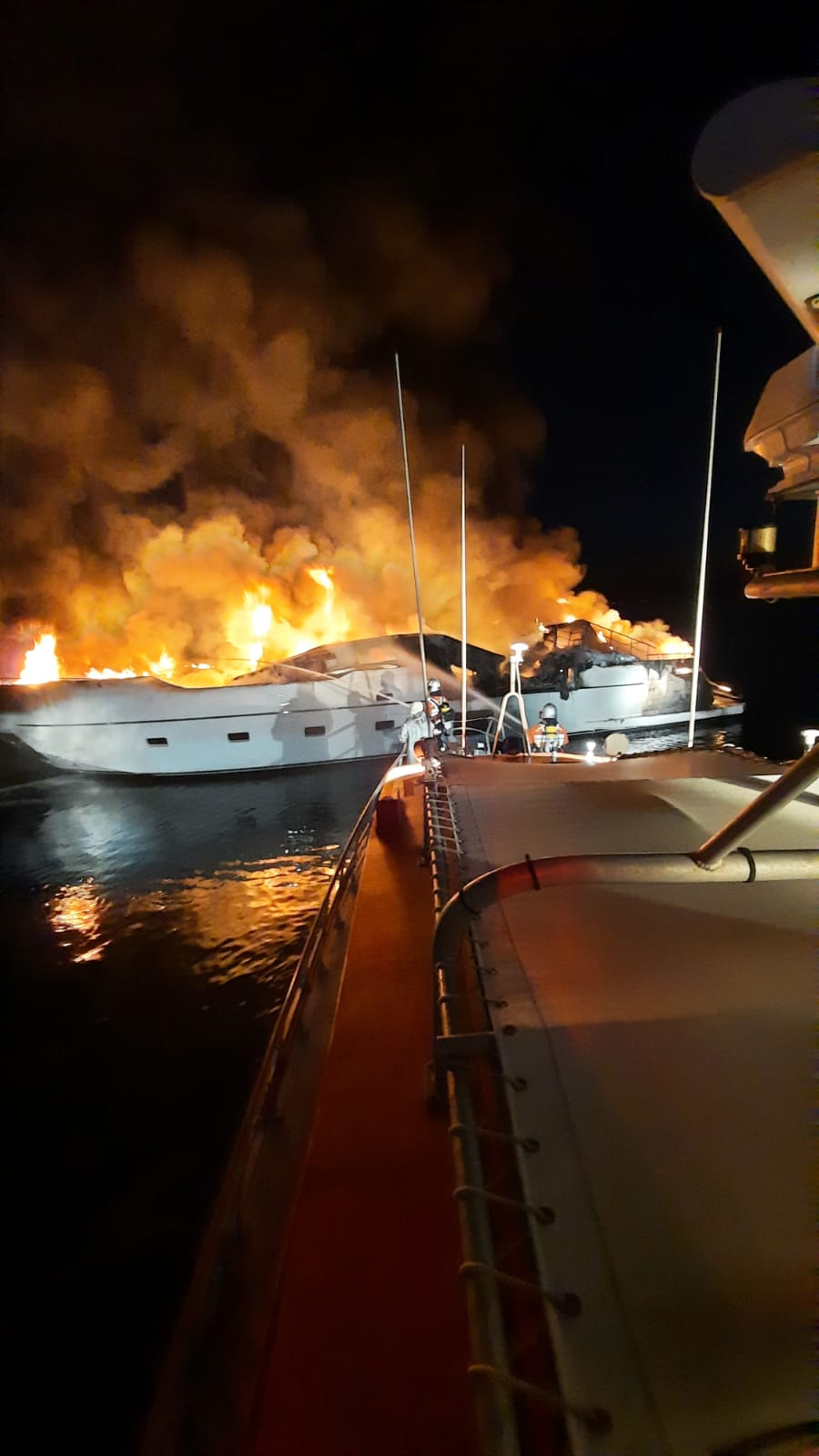 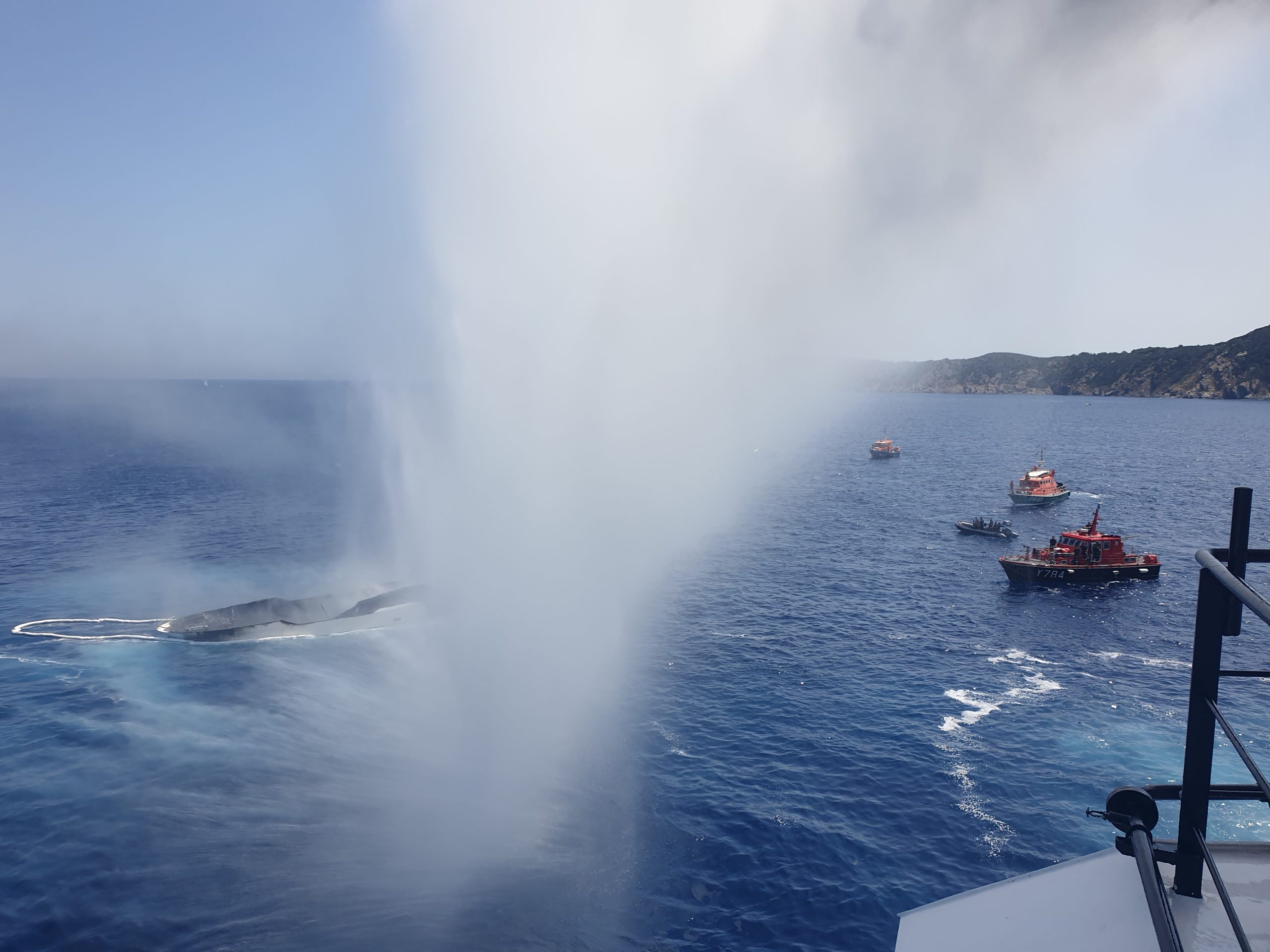 On Wednesday 11 August 2021, at around 04:30, a fire broke out on the yacht Reine d’Azur (British flag) while it was at anchor west of Port-Cros. Ten people (four crew members and six passengers) were quickly evacuated and taken to safety.

Under the orders of the French authorities, several teams were mobilized on fire-fighting operation : the Toulon firemen and the volunteers from the Hyères SNSM (SNS 078) who courageously fought the fire for 7 hours.

The Jason was immediately mobilised with a team from the Toulon pollution control unit and fire-fighting equipment. Once on site, she fought the fire with her FiFi guns. The fire was extinguished at 13:00, then the hull was taken under tow by the BSAA Jason and kept in a safe area off the Ile du Levant while awaiting its recovery.

On Friday 13 August at around 7am, the wreck of the yacht Reine d’Azur sank to the north of Levant Island. Signs of hydrocarbon pollution (shipping fuel) from the ship’s holds were observed. Faced with this situation, the Toulon Maritime Prefecture is mobilising to prevent this pollution from affecting the coastline of the Ile du Levant.

The commander of the BSAA Jason is coordinating the response on site (OSC) and the team on board is working in collaboration with numerous resources made available by the Préfecture Maritime: