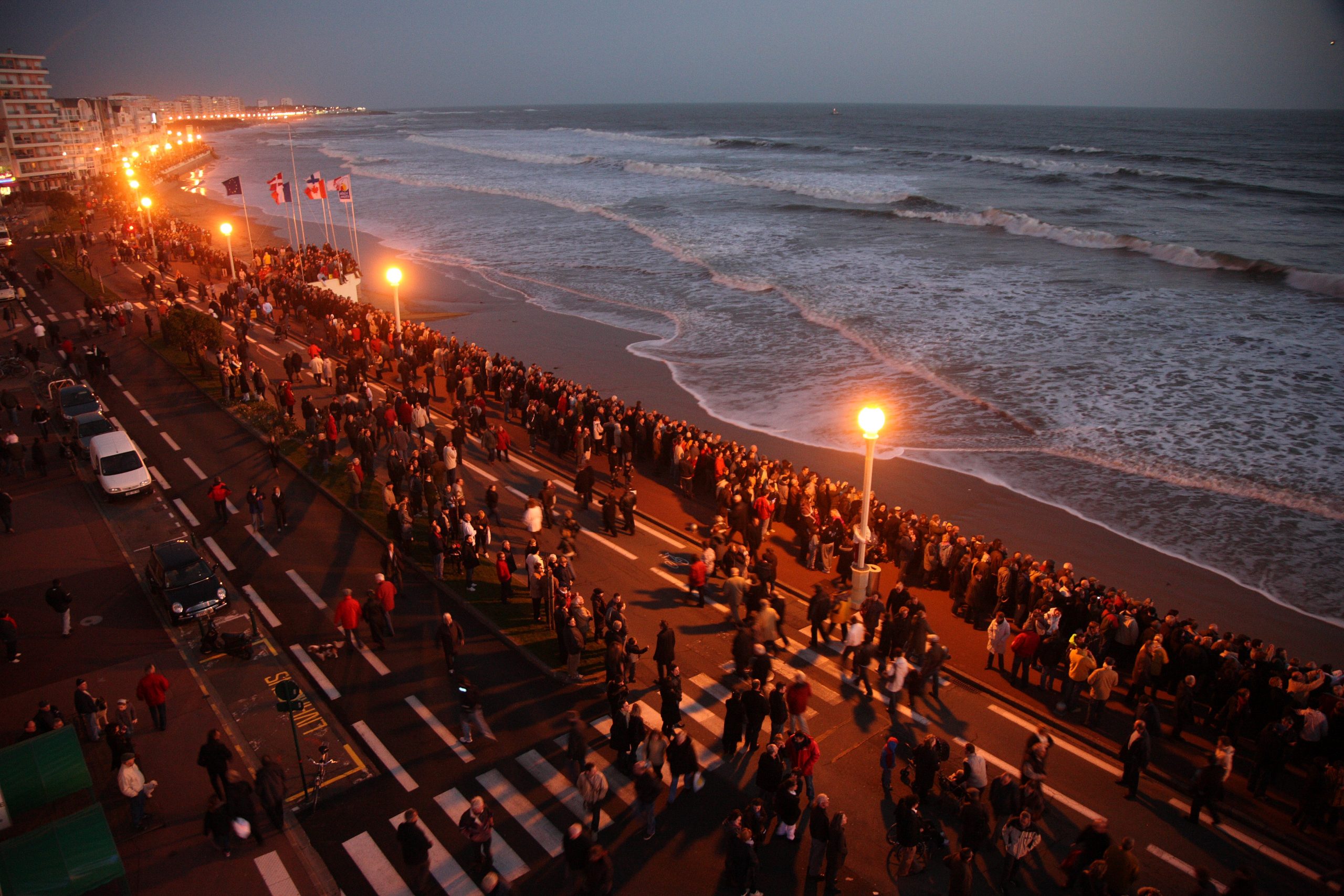 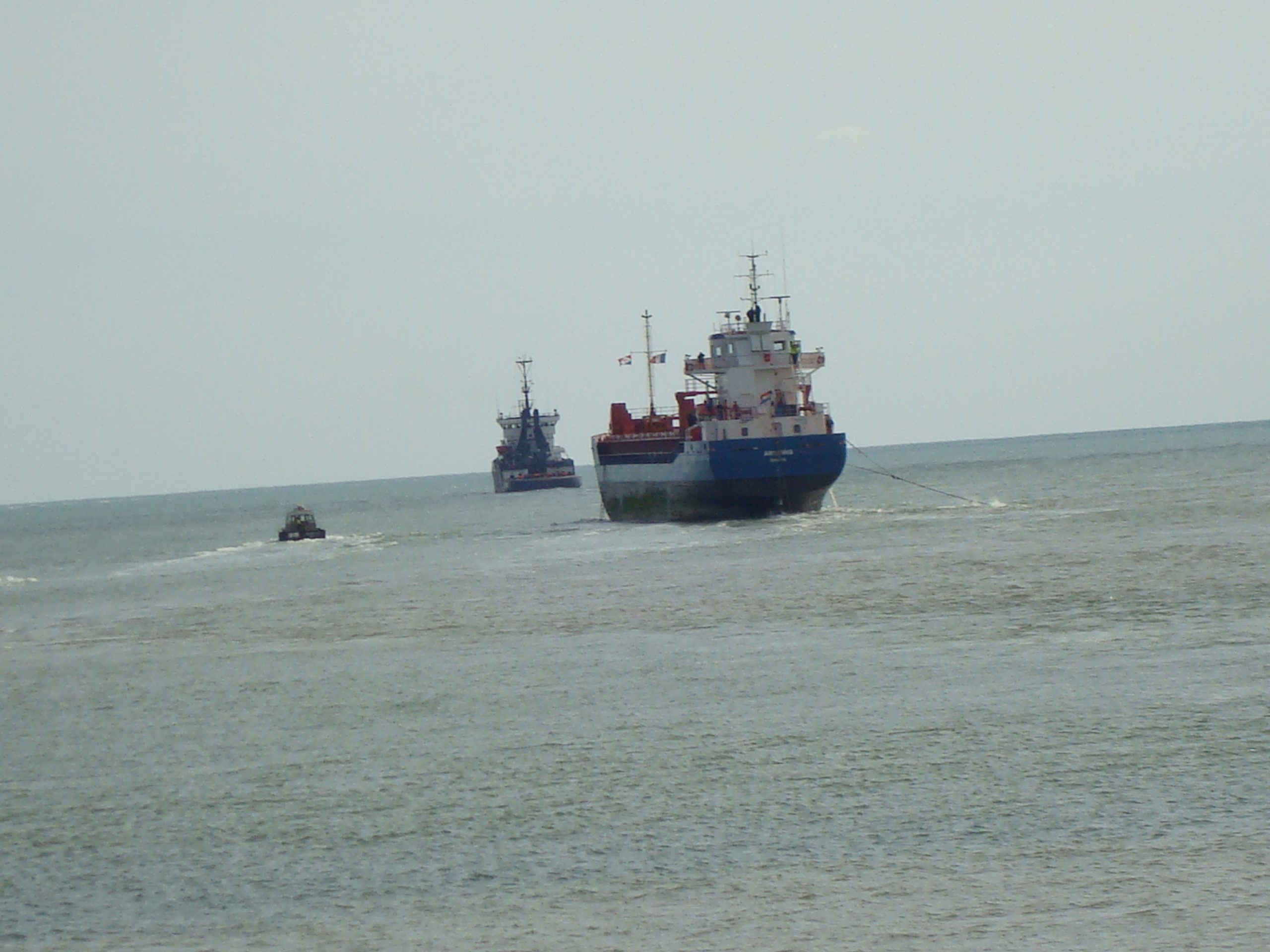 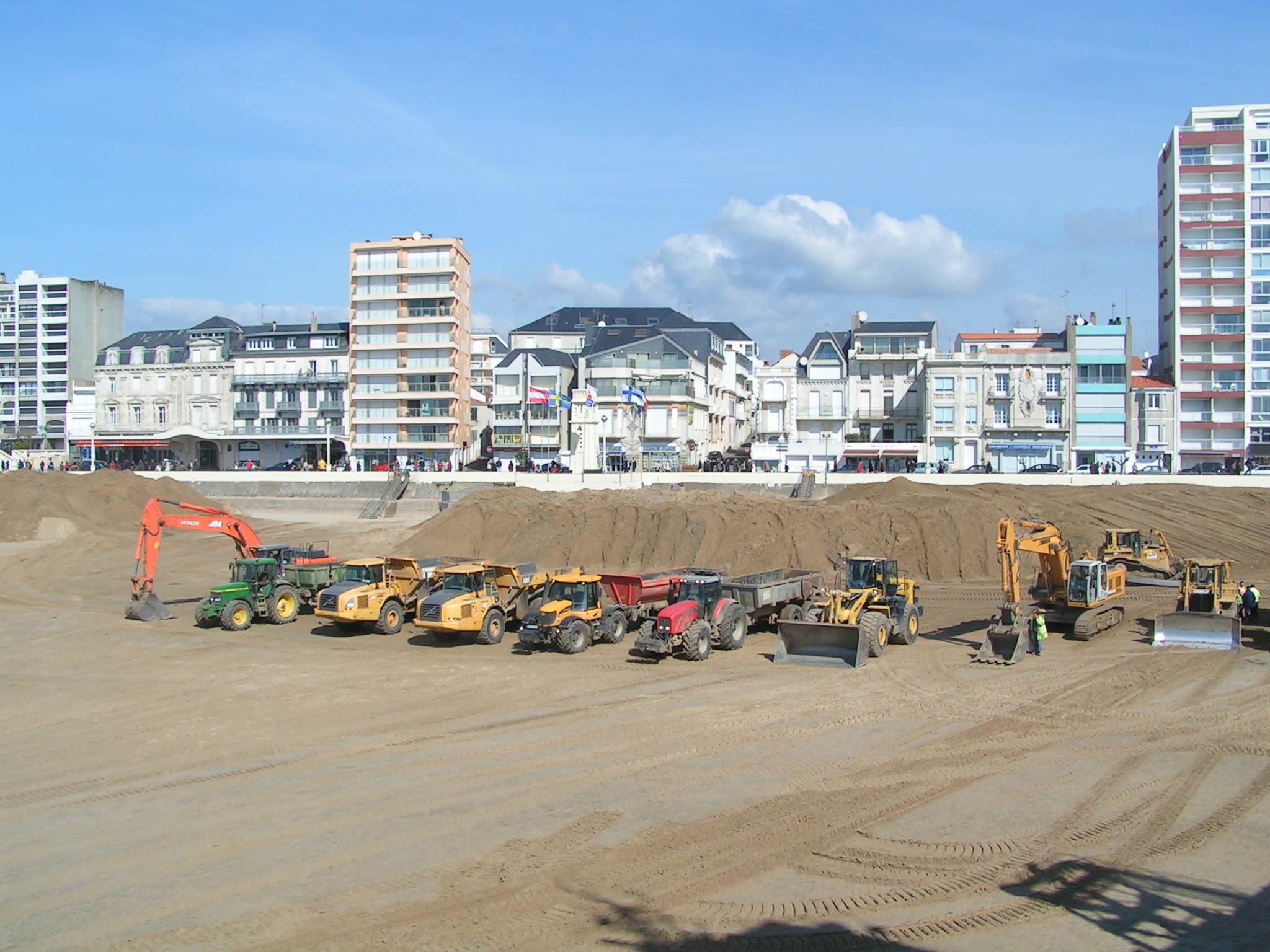 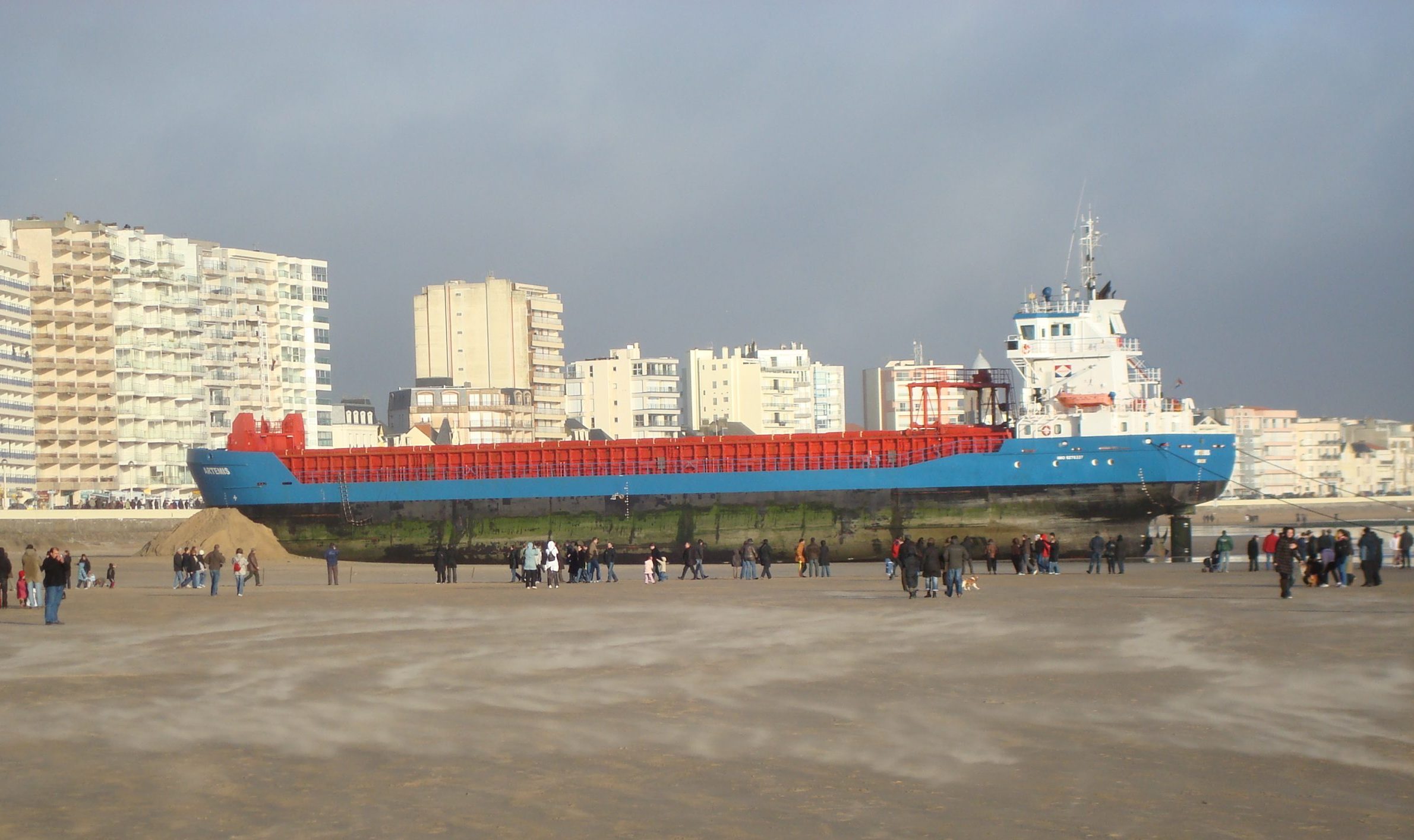 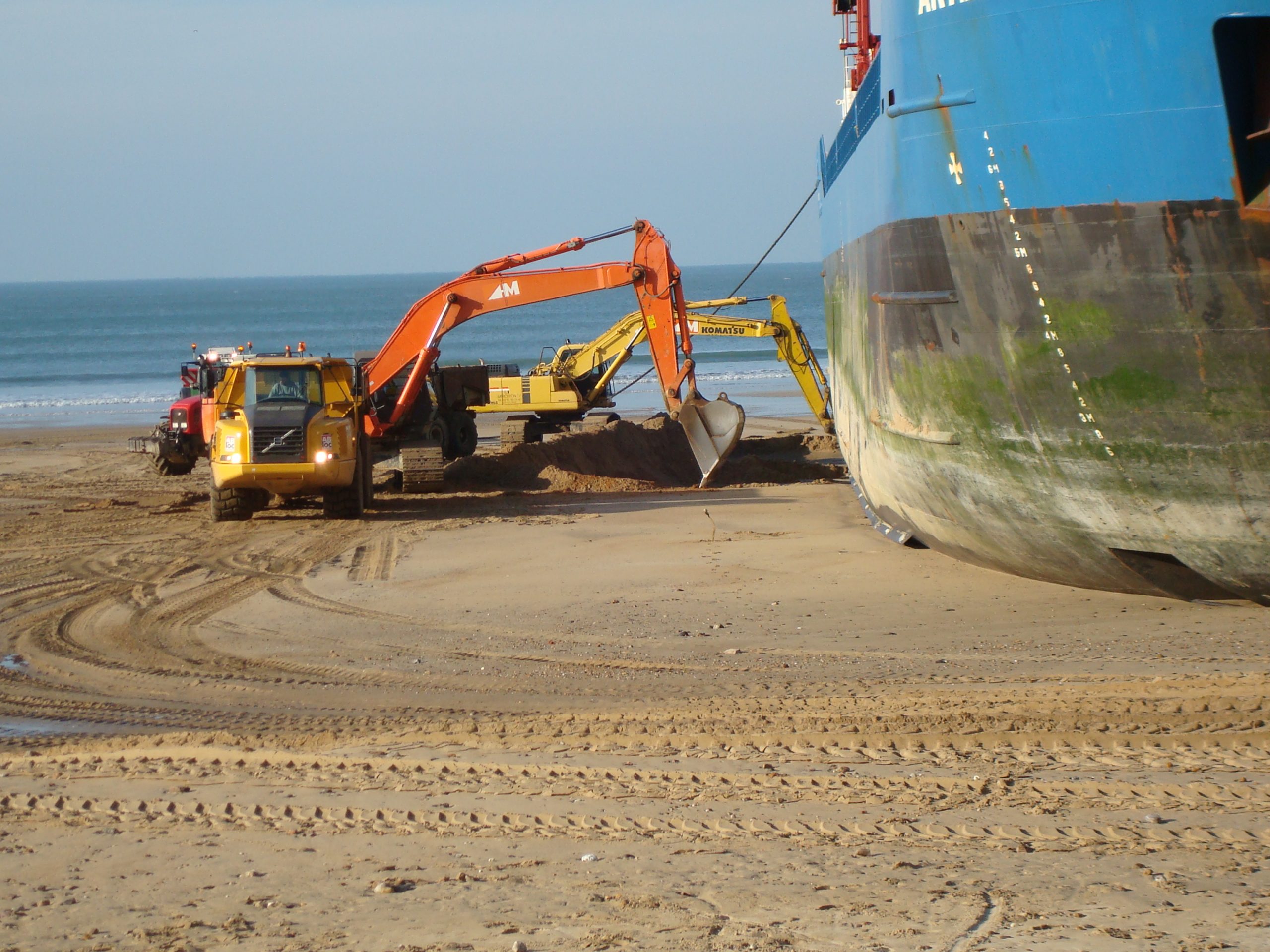 Refloating of the Artemis

The Artemis is a mixed cargo ship built in 2003 at Damen Shipyards in Bergum (Netherlands). She has a tonnage of 2,545 tons, a power of 2,066 hp (Caterpillar diesel) and a speed of 12.5 knots. At the time of the tragedy, she was operated by “Oudvaart Shipping BV” and registered in Sneek. On the morning of 10 March 2008, loaded with cereals bound for Sables d’Olonne, it missed its entry into port in very difficult weather conditions and ran aground on the sand in the middle of the town. It immediately became an attraction for the inhabitants of Les Sables, and a curiosity that attracted many visitors. The Mayor was not mistaken and seized the opportunity to enhance the image of his town with a successful communication campaign: “Les Sables d’Olonne, once you’ve tasted it, you won’t leave it”.

The Abeilles International were quickly tasked with refloating the grounded cargo ship. Securing the ship, backhoes and public works, tidal calculations and towing are on the agenda. But a large part of the work was devoted to the safety of onlookers and the prevention of unauthorised inspections, all under the watchful eye of thousands of mobile telephones, which did not miss a thing of the rescuers’ action.

Thanks to the salvage team, on 20 March 2008, the cargo ship finally returned to the sea under the combined action of the Abeille Languedoc and the high tide.