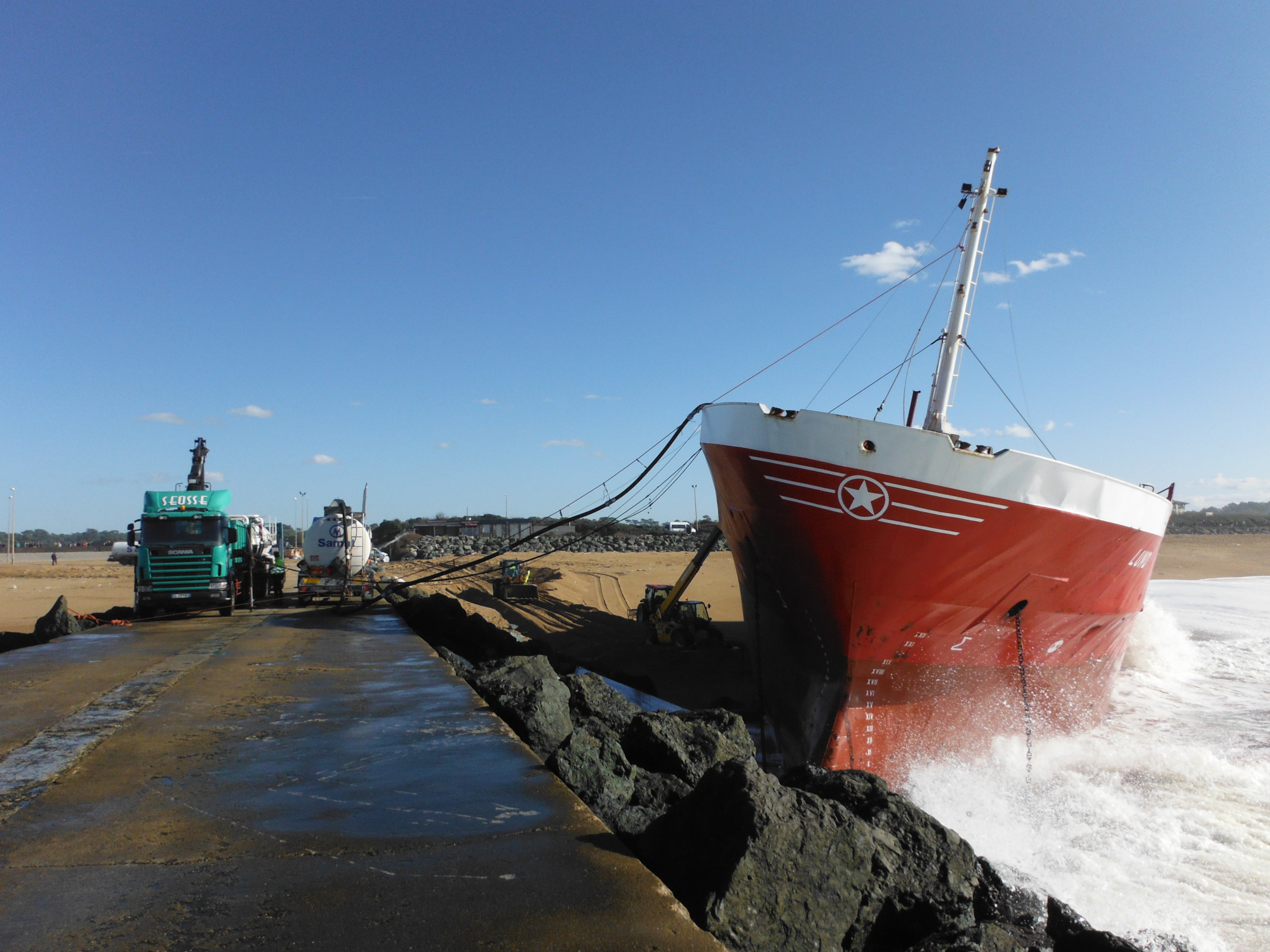 Wreck removal of the Luno

On February 5, 2014 in heavy seas, the Luno fell into black-out at the exit of the Amour river. The hull of the empty cargo broke in two on the jetty. The crew was rescued by the helicopter from the Cazaux air base in very difficult conditions.

The Luno wreck will be removed on site in six days by teams from SMIT and Abeilles International in cooperation with CEPPOL.